Lars Gustaf Fritiof Leksell (1907-1986) was a Swedish physician and Professor of Neurosurgery at the Karolinska Institute in Stockholm, Sweden. A pioneer in modern neurosurgery techniques, Professor Leksell is renowned as the inventor of radiosurgery and developer of the advanced radiosurgical platform that bears his name, Leksell Gamma Knife.

His vision for the development of minimally invasive brain surgery animated much of Lars Leksell’s career, and is encapsulated in one of his well known quotes:

“The tools used by the surgeon must be adapted to the task and where the human brain is concerned, they cannot be too refined.” 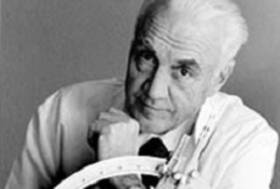